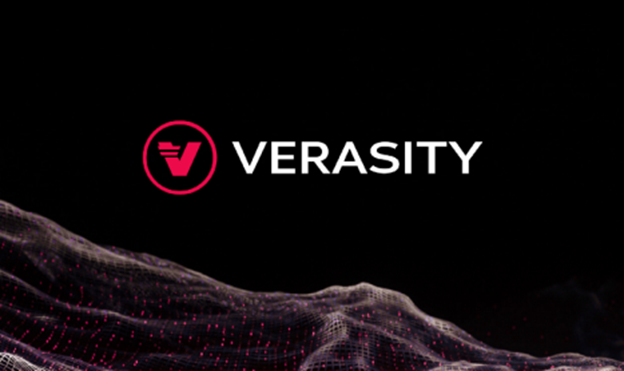 AMA with CEO of Verasity & SeerLabs

Hi Mark, welcome to SeerLabs！First, would you please introduce yourself and your team to our community.

I’m a successful entrepreneur and technologist. Since 1996, I’ve been developing software and hardware for a variety of platforms, including PC/ Mac, Android and iOS mobile devices, that are still used by a wide variety of users. I developed a cloud service for online video playback that maintains the quality of the data stream, including low latency, low buffering, and higher quality data streams. I founded a software company that provides a new way to broadcast online and stream video content across multi-user platforms, while reducing bandwidth and infrastructure costs. This application can be used for online games, as well as any live or VOD streaming media.

Verasity’s management and development team consists of over 50 people who have been working across adtech, esports and blockchain. We have an in-depth understanding of the issues that exist in the current ecosystem of our brands and are working together to create a custom experience across each industry using blockchain.

Esports has over 500M users with more than half being in the Asia Pacific. The audience is mostly male, between the ages of 18–30 — almost identical to that of crypto. We know there are a lot of gamers in crypto and vice versa, but most of the gaming in crypto is small. If you look at the quality of esports, the graphics, the user experience and the complexity of the tournaments — they are top of the line…. yet most crypto games are very simple, with limited graphics and poor UX. Verasity, isn’t looking to rebuild the wheel — we are looking to improve it.

Rather than recreate the gaming industry on the blockchain, we are looking to improve it by offering crypto rewards for participating in already existing global tournaments. Recently we’ve partnered with some of the subsidiaries of Tencent Games, the largest gaming company in the world and are putting on some of the largest Esports events in South East Asia including PUBG and Vallorant. Esports Fight Club, a Verasity Platform, is putting on the PMPL Season 4 which starts at the end of September. Broadcasters include Huya and NimoTV. We are starting to obtain exclusive content rights to major Esports titles and broadcasting them through exclusive deals with broadcasters worldwide.

Verasity patented the Proof of View technology — which benefits publishers and brands by stopping ad fraud. Proof of View ensures every view is by a human, cutting out all the bots and fake views — which can make up to 40% of views or $140B in lost revenue. Sponsors and brands of our Esports tournaments will have the first beta launch of our PoV technology later this year which will benefit the Brands by saving them significant money. By leveraging Esports events through the Verasity ecosystem, Verasity is able to test its ad tech and PoV technology to the benefit of all parties involved. This is the first time blockchain technology is being used at scale in the real world to significantly impact publishers, advertisers and brands.

When it comes to similar projects, THETA and BAT are probably relatively more well-known in China. What is the difference and key advantages between Verasity and these two competitors?

Theta is a blockchain powered network purpose-built for video streaming where users share bandwidth and computer resources to receive rewards. Theta is focused on a decentralized content distribution network (CDN) to lower bandwidth costs. They have a video player platform as a use case for their decentralized CDN. Essentially Theta is a competitor of Torrents and other P2P services.

Users are also impacted by fake views as recommendation algorithms continue to push worthless content that is deemed to be popular by fraud. All of this will be rectified by Verasity’s Proof of View.

The ad fraud market is far bigger than the CDN market (23 x bigger!) and more important to brands and video player platforms. Theta currently has a market cap of $7.5 billion and the CDN total industry value is only $15 billion whereas the video ad industry is worth over $350 billion and Verasity’s market cap is $140 million.

The Token of Verasity is $VRA. Would you please its utility and tokeneconomics?

$VRA is the utility token of the Verasity ecosystem.

Billions of dollars worth of value are realized in the esports and video economy globally but much of this value is transacted in fiat currencies even though these industries are inherently digital. Subscriptions, commissions on Esports prize pools, Video ad revenues, transactions fees on Verasity products comprise the current revenue streams.

Verasity’s $VRA token is poised to become the de-facto means of exchange and transfer of value in the esports, video economy, and AdTech industries. For more about our tokenomics please see:

How is Verasity related to Esports Fight Club? Can you tell us about EFC and what breakthroughs Verasity has made in the esports space?

Esports Fight Club is a completely new concept in gaming. We are partnering with the biggest names, like Riot Games, HUYA, PUBGm (Krafton) owned by Tencent, and more. We are bringing the biggest esports tournaments and offering viewers and participants rewards to engage with them. How cool is that? You’re doing something you love and getting rewards for it.

Esports Fight Club is also proof that Verasity’s technology, Proof of View works, and it also offers technology that helps drive engagement. We want to create an entirely new ecosystem and gaming experience. Watch and Earn is a huge component of EFC — where esports viewers can be rewarded for engaging with content they love. People like rewards — so imagine getting free stuff for doing what you love. It’s win-win-win! From a business perspective, you can leverage each technology individually or combine them . This will not only ensure that the viewers are in fact human, and not bots, but that they are actively engaged with your content. This can really be applied to any type of video content — and ultimately benefits content creators (who will receive accurate ad revenue), publishers (who can boast a better UX for content creators and advertisers) and advertisers (who will only spend on real ad views).

Verasity is looking to create a unique experience for esports fans with EFC — where they can enjoy their favourite content, earn rewards, collect out of game NFTs, and more. It’s the next level of esports and only delivered by Verasity.

NFTs have recently exploded in the crypto space. What is your personal opinion on the NFT hype?

NFTs are a great addition to the blockchain space. Aside from the hype of major artists creating work and the high value of some NFTs, there are a lot of practical applications too. Within esports, we will be offering out of game NFTs, so that fans can engage with really great content that’s outside of the tournament itself (like digital memorabilia, trading cards of their favourite gamers and more). Again, this is another way we are planning on expanding the esports experience that exists today.

However, the general assumption is that because NFTs are blockchain driven, they are inherently safe — and that’s simply not true.

That’s right. Some aspects of an NFT are recorded on a blockchain, but those aspects can be modified and recorded on different platforms, especially as ownership changes hands, while the characteristics and “payload” of an NFT can exist in different forms and in different locations. Or, in a simple case, the content part of an NFT can be copied and recorded again as an NFT. In short, there is a great diversity of types of data associated with NFTs, and many ways they can be created. This ultimately leaves many NFTs vulnerable as it can be hard to distinguish the original from a fake.

We know that Verasity has a patented POV technology that can reduce NFT fraud. Can you please outline how?

POV can solve today’s NFT challenges by creating a transparent and immutable record of the NFT across its lifespan, from the way in which it was created, moved, modified and stored, to its possible destruction. Our patent filing covers all aspects of how NFTs can be created and manipulated, including in ways that are often overlooked or not yet in common practice. This is forward-thinking coverage for an evolving asset class.

POV will include a smart contract for capturing NFT details and then generate an event hash and hashed database chunk that will be verified and recorded in a block on a decentralized blockchain, such as Ethereum. The database chunk is a publicly auditable log that includes a wide array of data relevant to content views or NFTs. A Merkle hash tree will be used to minimize the data footprint while ensuring the data was unaltered. The immutable and auditable nature of this public record is key to its use in verification, accuracy and authenticity.

Transparent verification on a public blockchain provides an important assurance for the market, enabling a solid foundation of value. We will use EsportsFightClub as the initial showcase for all our tech, including POV and NFTs.

VeraWallet is central to Verasity and its sub-brands. Tell us about the digital wallet, and how you are able to offer 25.5% APY staking rewards to users.

VeraWallet is not your average crypto wallet. First and foremost, it’s probably one of the most secure wallets available today. That was our key focus when building it. It’s a cold storage wallet — meaning your data and crypto are stored offline — so they are not susceptible to hacks. In fact, we guarantee your crypto — meaning, if anyone loses their $VRA on VeraWallet to hacking, we will replace it. We’ve yet to ever have a case.

Today, VeraWallet is where you can buy and stake your $VRA, earning the 25.5% in annual rewards. Soon, it will be a hub linking crypto and esports. We’ve started bringing these two worlds together with Watch and Earn on EFC. EFC points can be converted to $VRA — meaning esports fans can begin dabbling in crypto without having to invest their own money, but by converting points they’ve earned from watching their favourite tournaments. Eventually, they will be able to store their NFTs on VeraWallet and more.

In the tokenomics the VeraWallet rewards are already included in the circulating supply so that the APY is not inflationary.

What are the future plans of Verasity? Are there any new developments and collaborations/partnerships to look forward to?

The future is world domination…. and I’m only partly joking. We are going beyond “moving the needle” — we are making a seismic shift in the esports, crypto and adtech worlds. This is completely revolutionary. Putting games on the blockchain is fun, but it’s not creating anything new or even highly desirable….just look at the economies of scale — esports earned over $1B in revenue in 2020 whereas crypto games earned $54M. Yes, crypto games are growing but not at a rate where they will surpass esports any time soon. So why reinvent the wheel, or the game? Why not combine the best of both worlds to create a completely new experience for users, and leverage blockchain technology in a way to help the businesses that create this ecosystem and can significantly improve it?

We’ll be announcing some new major tournaments, partnerships with some of the biggest esports players in the world, and progress on our own roadmap very soon. In the next few days we will be releasing an important update on Proof of View and VeraViews, our ad tech product, in greater detail. We’ve never missed the mark on our roadmap, and we have no plans of starting now… so get hyped, pumped and excited AND stay tuned.