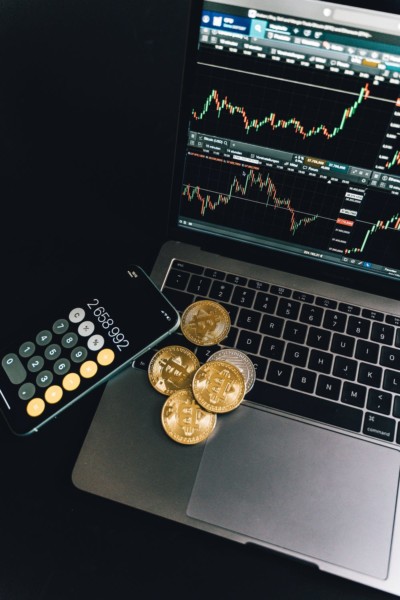 NFTs have become a viable investment in 2022. Enjin has been empowering its users to be part of this movement through its platform. Enjin offers an Ethereum based ERC-20 coin along with an NFT ecosystem that supports games and dApps. Enjin company originally structured the enjin coin to work with games; however, you may use it as money and trade normally and trade NFTs with the Enjin wallet.
NFT initiatives also benefit from Enjin’s solution for business acceleration and growth. But before developing its scaling solution, Efinity, Enjin tested the Raiden Network, Ethereum’s equivalent of the Lightning Network.

The following features complement what is enjin coin, alongside the definitions above.

Ability to generate and control virtual goods
Developers using Enjin can create their own cryptocurrency in full support of the Enjin Coin, making gamification and cryptocurrencies easier to integrate. Enjin Coin must be used by developers who use the Enjin platform to mint. Enj tokens are removed from wallets and placed inside the assets they create. As a result, they are expelled from the market, establishing scarcity, and having a good use case for the token.

Enjin offers multiple software development kits for game engines and other platforms. Therefore, developers around the world can easily connect their existing projects or create entirely new ones as a result of this.

Enjin is a wallet for blockchain assets that seamlessly integrates with apps and games. Over 1 million people have downloaded the app, making it the most feature-rich digital wallet in the world. The efinity feature will enable quick and free transactions between ERC-20 and ERC-1155 tokens. Using this digital asset distribution mechanism, Enjin beam can deliver large numbers of NFTs/FTs to consumers with a simple QR code scan. Over 10 million digital objects are available in enjin’s marketplace, allowing users to find, buy, and sell special and unique blockchain products.

Enjin is also exploring uses in the loyalty points and real estate sectors, however its primary use cases are in the gaming market, where it provides tokenization of in-game assets. Connecting Enjin with Eth-based defi platforms has enhanced the platform’s functionality, allowing users to deposit ENJ and earn a return. Other people lend their ENJ while being protected by Ethereum smart contracts. The ENJ could also be added to decentralized exchange liquidity pools to provide additional yield farming opportunities.

How to Buy Enjin On Top DEXs Like Coinbase, Binance, Gemini & Kraken

Enjin isn’t on every cryptocurrency exchange, but it is available on some of the most prominent ones, including Coinbase, Binance.US (available in 43 states), Gemini, and Kraken. User must create an account on one of the above exchange platforms, after which they can select the Enjin coin from the list of assets. Adding a payment method and amount completes the buying process. In case you already own Enjin and have it in your trading wallet, you can sell it quickly by navigating the UI and selecting your preferred payment method. The speed of Enjin transactions will vary depending on Ethereum network congestion. Kraken estimates that Enjin Coin transactions take approximately five minutes to process and require 20 confirmations.

Due to the well-developed infrastructure surrounding ERC-20 tokens, Enjin Token can be held in numerous wallets. Users should choose the wallet that suits their security and functionality requirements the best. To store ENJ, you’ll need an Ethereum wallet that supports ERC-20 tokens. It is likely that your existing exchange account supports this type of cryptocurrency, program wallet, or hardware wallet, so double-check before sending, because errors are unlikely to be fixed. As an alternative, the Enjin Blockchain Wallet, a mobile-friendly software wallet, can be used. The Enjin Marketplace has optimized its wallet for both bitcoin assets and NFTs, if you’re interested in gaming NFTs

Since Enjin coin does not have a blockchain, there is no way to mine it directly. Enjin is a cryptocurrency based on the Ethereum blockchain, so Ethereum miners are responsible for its security and power. It uses the Proof of Work consensus algorithm. This mining process is nearly identical to mining Bitcoin or other cryptocurrencies using an ASIC unit or perhaps a GPU (although this is far less profitable). ENJ tokens cannot be staked since the ENJ network uses a PoW consensus mechanism, which means that miners rather than stakers reach an agreement.