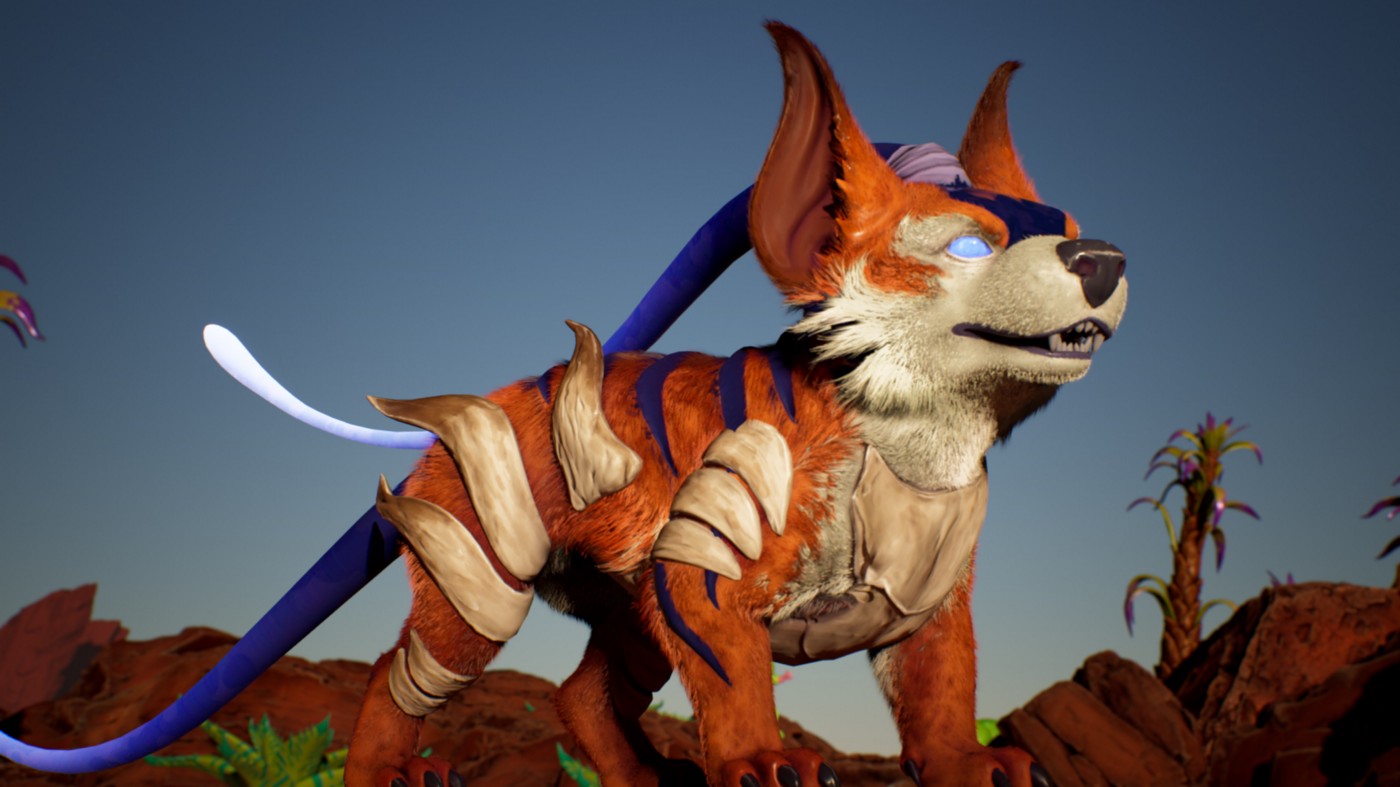 Seeing the barren and unfriendly landscape of the “Crimson Waste,” with its endless string of hot sand dunes undulating to the horizon, makes one uneasy. In chemical scans, it appears that toxicity is rising even from the rocks. The farther one travels, the more difficult it is to cope with extreme temperatures at times. Even in this hostile environment, a boisterous and friendly creature darts around so quickly that it is impossible to follow.

Production Note: These incredible shots of Dash are in-game images. Dash was groomed by our new Technical Director/Groom Artist Yannick Vincent. Experienced in the film industry, Yannick takes advantage of Unreal Engine 4’s new hair and groom system to make these Dash fur grooms the latest and most advanced possible.

Sleek and supernaturally fleet-footed, the uncanny speedster flits around the battle becoming untargetable for brief moments, its antenna whipping around excitedly. The antenna is a curious anatomical manifestation of its incredible instincts and heightened sensitivity. Both this mysterious liquid antenna protrusion, and its tail, have baby blue coloration. Sapphire blue hunter’s eyes, another feature denoting its watery affinity, and the way it scans the landscape, hints at a high level of intelligence. Ivory cuffs on its shoulders and bony spines down its sides give it extra enamelized protection.

Dash swipes with its paws, revealing claws made out of thin jets of water.

Dash becomes momentarily untargetable as it disintegrates into water vapor, then jumps across the battlefield, striking out against multiple foes.